What are you looking for?

Historic: The Galloping Ghoul of Hockomock Swamp
Contemporary in the Amethyst Desire Collection: Austin’s Surprise
Parnormal: Dragon’s Unbound, to be re-released updated as Dragon Emergence in 2018 I hope. 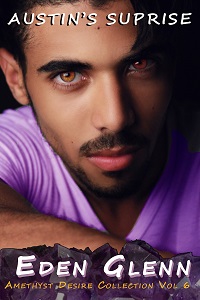 Wyatt Andersen has a thing for coffee. He’s got an even bigger thing for The Ground Up Barrista, Austin Curtis. Not sure that Austin has the same interest in Wyatt’s brand of strong coffee, he plans on keeping his thing for Austin firmly zipped up.

Austin Curtis dreads another Thanksgiving alone. His business is doing well. He’s developed a faithful following of coffee shop regulars. Wyatt Anderson, a local real estate agent, makes The Ground Up his office away from the office. He isn’t openly gay but Austin would bet a French twist, the man likes more than his coffee strong.

Austin purchases his sister an amethyst necklace for her Christmas present. At closing, he realizes he’s misplaced the blasted stone. Wyatt finds Austin going through the dumpster looking for the lost necklace. Wyatt helps Austin in the search. Opportunity reveals their mutual attraction and sparks fly. Pretty rock or magical amulet, either way, Austin plans to thank Wyatt for the return of the valuable gift with more than Danish and coffee.

Emma Reed needs a change from her stale boring straight life. Her lesbian friend drags her to a gay New Year’s Eve dance. There she meets butchy El Westin, out of her league and out of her comfort zone. The unexpected kiss at midnight makes Emma’s outlook start to sparkle and get interesting again. Emma has a choice to make. Is this a night of possibilities influenced by the magic of a borrowed amethyst necklace or is it a resolution in the making? TBR July 10th to all fine ebook vendors AMAZON BARNES AND NOBLE ALL ROMANCE E BOOKS 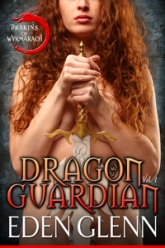 Wren, Cathwren Aldridge, is catapulted into a steamy relationship with twin brothers Ethan and Caleb Monroe quite by accident when she falls through her stairs. She discovers nothing is what is seems and she may be foreordained by their Goddess for more. She’s not chosen to be Queen of some small European country but a world in another dimension, a world of dragon shape shifters. Evil stalks Wren, and it’s up to Caleb and Ethan to protect her while they figure out just what she is. Is she the one they’ve hoped for to unite them in their journey to the throne? Or will the strangeness of the truths they tell her drive her onto a path of self-discovery leaving them bound to a woman they can never have, The Dragon Guardian. AMAZON IN PAPERBACK OR KINDLE Print Copies are Also Available for immediate purchase at Blue Ridge Books in Waynesville, NC and City Lights Book Store in Sylva, NC or locate other fine Indy Booksellers near you via this Shop Indy  Bookstores logo – link!

Barnes and Noble Books A Million 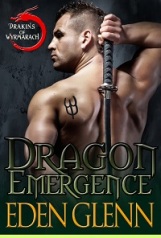 (a revision and re-release of Dragon’s Unbound)

Haydn’s found refuge on the earth side of the barrier in the home of the healer, Isobeau. He denies himself comfort and pleasures offered by his freedom.

Rhys is immediately attracted to Haydn. He desires to help the younger man embrace his new life. Unfortunately, Haydn seems stuck, unable to grasp the happiness he craves. Rhys fears Haydn’s continued self-loathing will prevent any possibility of their future together. Drastic measures may be necessary to convince Haydn of his worth and Rhys’ unconditional love for him.

Events in their world are spinning out of control with the emergence of a human as Dragon Guardian. When they both discover they share a secret that may tear apart the leadership of their society, it will take a miracle to overcome the obstacles between them. Haydn must face the choice to remain trapped by his past or to let go and accept all Rhys offers. (View Book trailer) Available From:   DRAGON’s UNBOUND is Scheduled for a revision and re-release as DRAGON EMERGENCE. Stay tuned for more.

Kiernan Walker couldn’t seem to get the black haired healer, Isobeau Monroe out of his thoughts. E-sa-bow he’d whispered her name, let her feel his need.

Now he was in the service of the Enforcers, the mates of the rising Dragon Guardian. Everyone is in danger. He can’t break the control the enemy has over him.  A healing journey takes him back to revisit the past that set him on this path of self destruction.  What will be the ultimate Dragon Betrayal?

The complications of the birth of their first child, demands of mothering and keeping her wolf rescue running leaves Addison feeling less like a sexy mate and more like a saggy mom. Duncan’s stranded in the quaint (er…hole in the wall) north Florida town waiting on a part to repair his motorcycle. Addison and her curvy little ass are a significant interruption to his fence building chores. Nathan, her husband, purchases an amethyst pendant from Salynne’s Crystals and Thyme and whether magic or chemistry, Sparks ignite between the three of them. Available from: AMAZON       BARNES AND NOBLE ALL ROMANCE E BOOKS

Phoenix shifter, Phyro Khant, and her dragon bodyguard, Tameron Murphy, are two loners that bonded together for love and safety. But their never-ending need to evade the dark witches that hunt Phyro for her Phoenix tears, blood and more, has worn them down and flat lined their relationship. When Tam purchases Phyro an amethyst pendant from Salynne’s Crystals and Thyme, her efforts to imbue the stone with protective power backfires and grabs them with a spell previously coded into the stone. The magic ignites an inferno of passion the two lovers can’t seem to quench with any amount of sex. Will their explosive passion be enough to teach them how to trust in time to accept the help they need from outsiders or will the witches win their final bid for power and control of the phoenix magic? (View Book Trailer) Available From: AMAZON      BARNES AND NOBLE      ALL ROMANCE E BOOKS 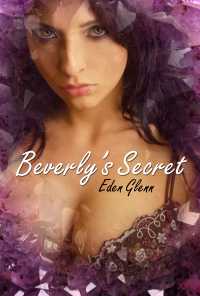 Beverly Carter, clerk at Salynne’s Crystal’s and Thyme could have sworn she placed the amethyst necklace in the display cabinet. How did the gem end up in her pocket? She’d have to take it back to work in the morning and explain her mistake to the shop owner. Trying the necklace on for just a moment couldn’t hurt anything. When the clasp won’t release she has to call on her next-door neighbor, Makala Reynaud for help. A woman that Beverly is very attracted to but hasn’t had the courage to approach. She hasn’t figured out how to confess her interest without outing herself prematurely. Bev’s pretty sure the woman is a lesbian too. What if she was wrong? So Beverly’s been stuck, just as stuck as the damn necklace. Then, Makala’s red lips were just too tempting, too perfect, too close. Stealing a kiss could open a door to disaster instead of the closet on her sexual preference. Yet, the way Makala accepted the kiss and returned it with unabashed enthusiasm blew that door off its hinges.

They spent the night talking and exploring sex every way and everywhere possible in Makala’s small apartment. Beverly had to wonder if the rumors about the necklace were true. Was this some kind of spell that might only last the night?  Could this be the beginning of something magical? (View Book Trailer)

Available From:    AMAZON      BARNES AND NOBLE 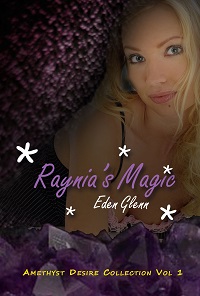 Raynia Castellano is drawn to purchase an amethyst pendant as an impulse buy but not before the clerk assures Raynia the magic is in the woman, not the necklace that seems to call to her. And given Raynia has just left an adulterous ex-husband and has recently settled into a law practice with her oh so sexy and oh so apparently gay law partners, surely a little magic is required. (View Book Trailer) 2nd Edition Release 2018 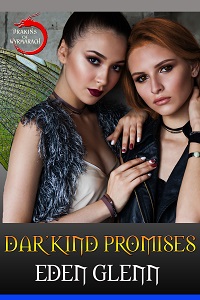 Dar’kind Fairy Maura comes to the human dimension on a search and rescue mission. Her success rests on her wits and the skilled aid of her feline tracker, Zelia. Unfortunately, Zelia is experiencing some problems with her shifting. Distracted by the sultry woman in her bed, Maura struggles to stay focused on their quest. If they’re unable to figure out how to gain control of Zelia’s shifting, all hope for their mission as well as any possibility of their future together will be lost. Worse yet, an ancient evil targets Maura. Is Zelia willing to risk all to save the Dar’kind Fae?  2nd Edition Release 2018
Available From:     Amazon

The Galloping Ghoul of Hockomock Swamp

The Galloping Ghoul rides each full moon, exacting revenge by frightening those who tormented his past. Ike Sandhill, a government surveyor goes to the extreme to prove to everyone how straight laced he is. Nathaniel Hawkins, an affluent entrepreneur sees beyond Ike’s façade and wants to protect him from the local thugs. Nathaniel doesn’t know how to confess his desire without driving Ike away. He comes up with a plan of seduction. Before the night is over Ike discovers things about himself he always knew, yet denied. (View Book Trailer ) 2nd Edition Release 2018 Available From:  Amazon in Kindle ebook format and Audible Audio Book narrated by J.R. Lowe