I walk into this Monday a little overwhelmed and somewhat befuzzled.

So many things on a personal front that have to be handled at the moment. lol.

My girlfriend lamented that there doesn’t seem to be any sexy American men. So I started looking for sexy men.

The usual names came up. Mike McConaughey. I think of his voice when I visualize one of my heroes. Ummm, that husky smooth deep voice.

Here are some names that hit that list. Matthew Macfadyen. remember Mr. Darcy?

Robert Pattinson. Now I think most women went to the line to weigh in on the Edward Vs Jacob issue. Let’s just say that my vampires don’t sparkle. I’ve watched a few interviews by Robert Pattinson. I’ve gotta tell you that boy is as dumb as a box of rocks. It’s a good thing he has acting. There are no deep thoughts in that pond. And he claims that he has bad hygienic habits and likes it that way. Can I hear a chorus of ewwwww. And of course……

I wasn’t surprised to see his name on the list. He is a person that I can admire for talent as a professional. Look at the span of his career? I get the feeling that he is really a smart one.

As an actor professional he didn’t ever seem to feel the need to play it safe. He’s done some stellar character roles. 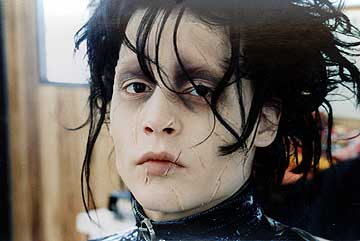 The Mad Hatter in “Alice and Wonderland”

Once Upon A Time in Mexico

Is this inspiring career a result of connections, blind luck, being in the right place at the right time? Knowing the right people?

Is he blessed? Is there some random element in the universe that shines on him and gives him this success?

Or is this the consummate professional who is a shrewd businessman marketing the one commodity he has control over…his talent. He has taken hold of each role and make it a something quite memorable.